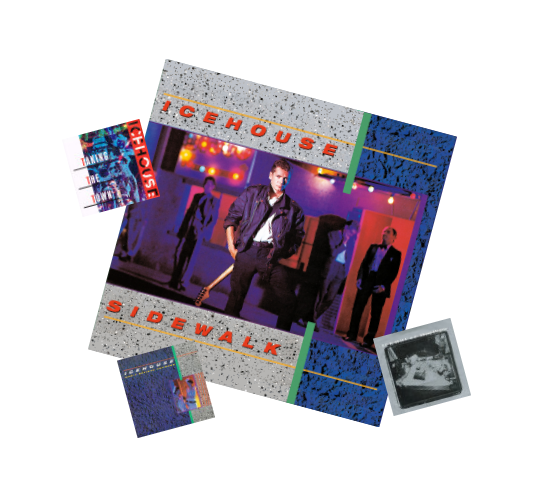 Sidewalk is the third album by ICEHOUSE. It was released in June 1984 on Regular Records/Chrysalis Records and reached #8 on the National albums chart with singles "Taking the Town" (#22 in May), "Don't Believe Anymore" (#22 August) and "Dusty Pages" (#82 November).

Founding member Iva Davies used the Fairlight Music Computer on this more sombre and reflective album. Included are two tracks used for the Russell Mulcahy 1984 film Razorback, which he had recorded in 1983. In 2002, Warner Music re-released the album, digitally remastered by Davies and Ryan Scott, with four bonus tracks.