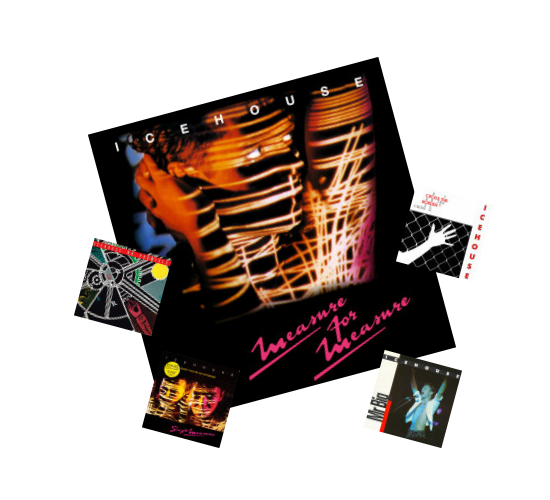 Measure for Measure is the April 1986 studio album by ICEHOUSE and was just the third album in the world to be recorded entirely digitally. The album, which peaked at #8 on the National album charts, features the singles "No Promises", "Baby You're So Strange", "Mr Big", "Cross the Border" and "Paradise". was used for the Boxes ballet created by Iva Davies and Robert Kretschmer together with Sydney Dance Company's choreographer Graeme Murphy. Davies and Kretschmer performed the score live with guest percussonist Masaki Tanazawa.

Both "No Promises" and "Cross the Border" were remixed and released as 12" singles, and while a major US pop hit would elude them until the following year, “No Promises” went Top 10 on both the Billboard Rock tracks and Dance/Club charts. "Cross the Border" did not see as much club play in the US, but was a Top 20 rock hit there. In Australia, the two further singles lifted from the album, "Baby You're So Strange" and "Mr Big", both reached the pop Top 20, interestingly higher than the Australian chartings of the singles which achieved international success. “Paradise” was released as a late 1986 US/UK single but achieved no notable chart success in either market.