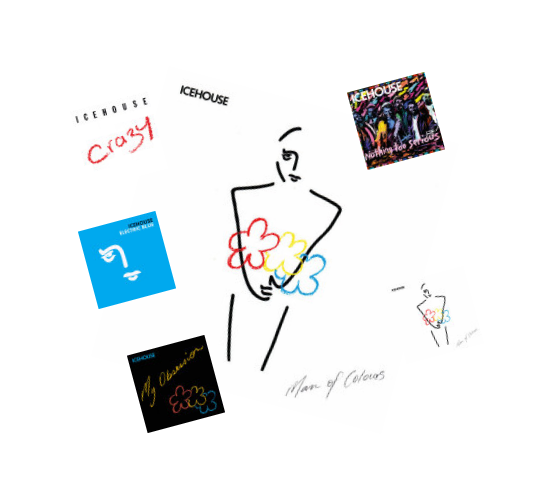 Man Of Colours was ICEHOUSE's best-selling album, which was released in September 1987 on Regular Records/Chrysalis Records. The album peaked at #1 on the Australian album charts for 11 weeks from 5 October 1987, and has sold over 1 million copies. “Electric Blue” was their only Australian #1 single. The release of the album and its singles marked the zenith of ICEHOUSE's commercial success, both locally and internationally.