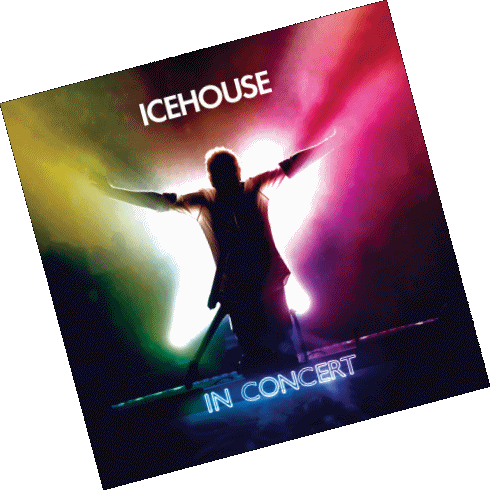 Produced by Iva Davies and ICEHOUSE bass player Steve Bull, ICEHOUSE: In Concert features tracks recorded during various performances from the band’s touring schedule from October 2014 through to February 2015. Iva, Steve and the band sorted through hours and hours of recordings to choose the very best versions of each track to compile the album. With no overdubs or studio trickery, the album is a genuine representation of what it sounds like to be live at an ICEHOUSE concert and features the line-up that has been touring since the band returned to performing in 2011.

Iva Davies said “I’m very excited by this release. We’ve been back playing live since 2011 and the In Concert recordings show the band at its strongest – it certainly sounds like us! Being our first true ‘Live’ album we’re all very happy to share this with fans and friends. While what people see on the IN CONCERT Tour may not be exactly the same as the album, we can promise everyone it will be just as powerful. The band can’t wait to hear everyone singing along.”