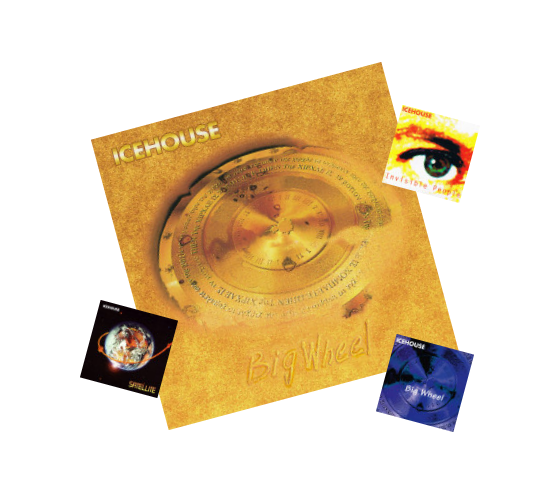 Big Wheel was released by Diva Records - founder Iva Davies' own label - and Massive Records. It was recorded at Davies' home in Whale Beach during 1993 with Davies on vocals, guitar, bass guitar and keyboards, David Chapman on guitar, keyboards and backing vocals, and Paul Wheeler on drums, percussion and backing vocals.

Big Wheel peaked at #46 and was ICEHOUSE’s first studio album not to reach the Top Ten on the Australian album charts. The album was digitally remastered by Davies and Ryan Scott with five bonus tracks added for the 2002 re-release by Warner Music Australia.